Barolo 2017 tasting with the top wine-shops of Italy

On April 27, 2021 a virtual tasting of Barolo vintage 2017 was organized by the producers of Deditus

On April 27, 2021 the virtual tasting of Barolo vintage 2017 took place with the producers of the association, moderated by AIS sommelier Mauro Carosso.

16 Wine Shops from all over Italy were invited to attend, received the wines and participated via Zoom.

The event also proved a moment of meeting and sharing, in this difficult time, to commemorate the passing of Pio Boffa, owner of the Pio Cesare winery. His daughter Federica, who will continue his legacy at the helm of the winery together with her cousin Cesare Benvenuto, remembered him together with the heartfelt participation of all the producers and guests attending. 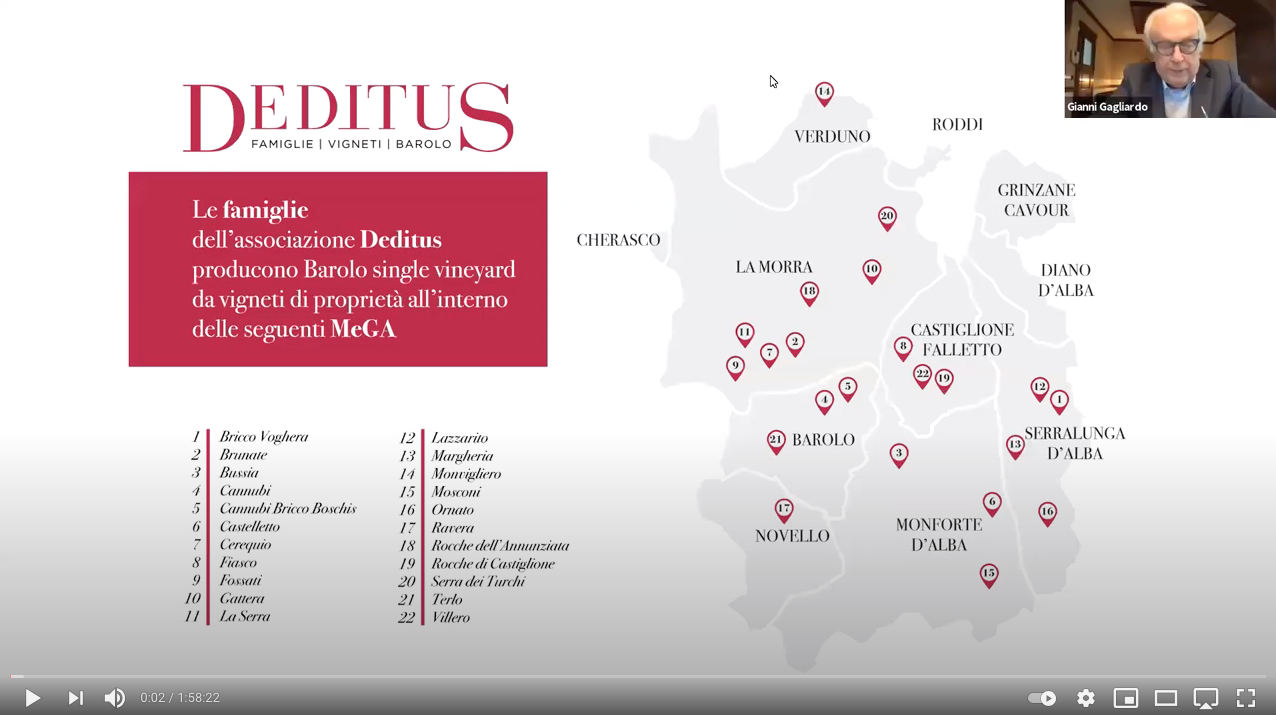 Associazione Deditus
Piazza Falletti 1, 12060 BAROLO
This email address is being protected from spambots. You need JavaScript enabled to view it.